More Photos here
Well, 3 days into my visit to Buenos Aires and I have taken refuge from the hot sun and my self-imposed city hiking to try and record some impressions. This is the first South American city where I have felt less obviously visible – my clothes don't stand out – I'm not much taller than nearly everyone else and I don't get called Gringo. The city is a bit dirty and noisy but at the same time vibrant and hot in both senses. The Porteño are friendly if somewhat introspective and studiously political, well probably more so the middle classes – the seem to read a lot of newspapers and debate and hold forth a lot. 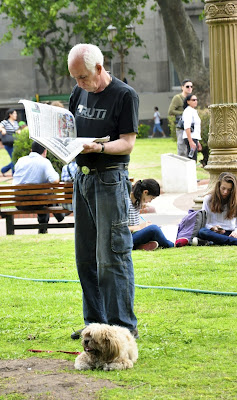 The architecture is somewhat haphazard and the traffic constant and heavy but perhaps not as polluted as other cities I have visited – newer cars and greater emission controls I guess and buses are relatively modern. Police presence is minimal which is a surprise given some of the history. Restaurants are in abundance and it feels like prices are around 20% less than UK equivalents. Most of all the feel of the city is good – It is a big place with much to explore, lots of cultural possibilities and some excellent open spaces. 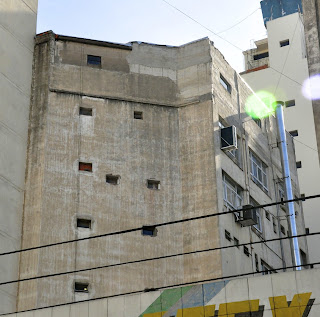 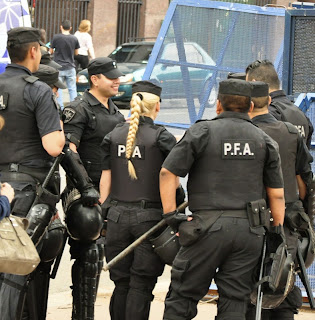 My first walk was somewhat unplanned and I found my way down to the water side via impressive congressional buildings expansive piazzas, across a 14 lane highway which bringing an enormous quantity of traffic right through the heart of the city. Puerto Madero is a modern development of high rise apartments, shops, restaurants and parks which takes in some reclaimed docks. It is pleasantly peaceful and leads down to an ecological park which is bordered by a road that has several parrillas where you can buy charcoal grilled hamburgers or chorizo – the cooking smells are enticing but the product of it are poor in quality. I headed back via an area of older buildings with a market that was partly antiques and bricabrac and partly food. The fruit and veg and other products all looked fine and there were some interesting speciality stalls selling things like old metal toys and matchbox packets. I also took in a large and rather brash shopping mall/children's amusement venue and cinema in Abasto. The children’s bit was called Neverland and this didn't redeem it one bit. Around Abasto it is somewhat run down but looking as if it could become quite fashionable some time in the future. I came across an odd assortment of shops selling naked manikins for modelling closes in shops. I wanted to take some photos but felt that it could appear a tad dodgy so didn't. 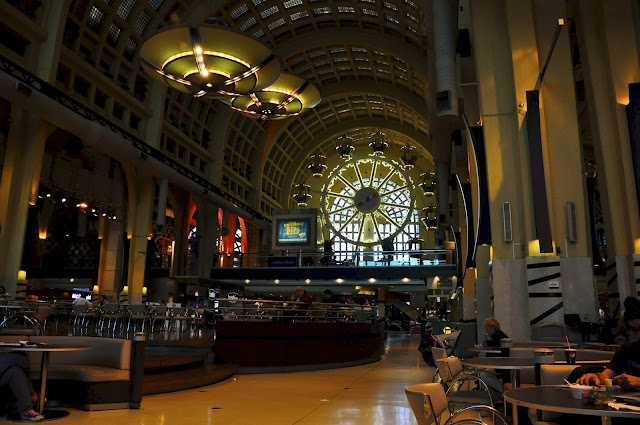 In the evening I retuned to Abasto to check out Club Azucar the salsa venue. Entry costs 25 pesos, about £4 and for that you could bag and hour and a half each of rueda, bachata and salsa. I watched some bachata and joined in the salsa intermediate class. The moves were a bit unusual and the teaching somewhat sketchy but there was a lot of repetition and I just about mastered it but was pretty tired by the end. People were very friendly and forgiving of my mistakes but it was mostly a young crowd and somewhat rah rah for my tastes – but I was proud of myself for giving it a go. I'll probably go back.
Posted by malarkey at 00:55