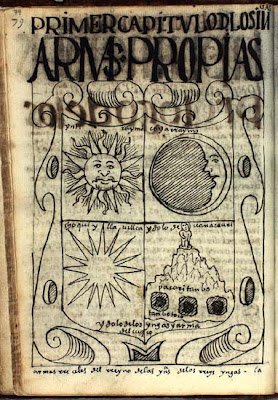 My last and most recent Peruvian outing was to the Embassy where I enjoyed a talk by Professor Juan Ossio on Peru's most famous chronicler, Guaman Poma de Ayala. His chronical is remarkable in many ways: it melds writing and fine line drawings in a huge volume that seems to explain and explore the relationships between the world of the Inca and the Conquistadores. Afterwards I was treated to Pisco Sours and Peruvian canapes and chatted to some of the other guests. I met a nice man who comes from Cajamarca which is one of the places I hope to visit in the future.

So, in conclusion, you can certainly find El Peru alive and well in London so Arriba Perú 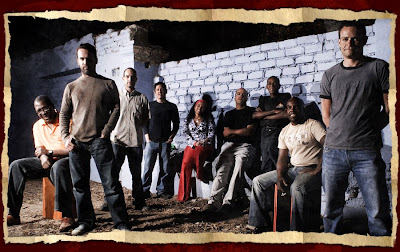 My next outing was to go clubbing in Shoreditch and see an Afro-peruvian group called Novalima. I was at the Cargo club which is very atmospheric and has bars, resuarant and a space for gigs. Drinks wern't too expensive and there was a nice mixed crowd of Engish and Latinos. The group ir very percussive and worth a listen and you can ceck them out on Myspace 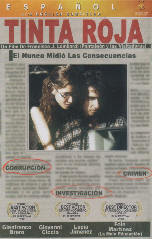 Surprising as it may seem one can enjoy Peru in London by engaging in some of its cultural events and occasionally meeting Peruvians.

The other week I enjoyed seeing the film Tinta Roja' (2000) by Francisco Lombardi The story evolves around Alfonso who signs on at a seedy tabloid newspaper, where he is assigned the police round. His initial horror at his colleagues' practices, both professional and personal, diminishes as he discovers their endearing and even admirable qualities. He develops a fondness for his boss which gradually blinds him to the squalor and amorality of tabloid journalism, until events provide a rude reminder.

This film gives you an insight of the real world and journalism in Lima, Peru. The actors are all great in their own ways especially Giovanni Ciccia who plays the lead character of Alfonso. He plays a sensitive young journalist turning more like his boss, Faundez, played by Gianfranco Brero. It is a comic yet tragic film and its setting in Lima brought back many memeories of the bustling city.
Posted by malarkey at 10:44 1 comment: Links to this post