Today's adventures have been subject to continuing cold weather and now rain. Last night I visited an organisation in Matanzas dedicated to promoting various forms of artistic expression. Patio Colonial offered a compact open performance space wedged between buildings near the main square and close to my bed and breakfast lodgings. I arrived punctually for the alledged 9pm start but it was clearly some way off. I decided to try and buy a drink and found restuarant willing to sell me a bottle of rum.

The act was a male singer, a slightly effeminate but very good looking man who specialised in love songs. His voice was very good and although his repertoire include some badly sung Frank Sinatra numbers the Spanish songs were well performed with a light baritone and much feeling. Because of the chilly evening air I relied too much on my tots of rum and by the end found the need to make my hasty if unsteady way home.

The next day after breakfast I went to the Cadeca to change money. This was a simple process although the counter assistant studied each £20 note as though it were a fake Rembrandt. Afterwards I took a bus, locally called a wau-wau to the caves of Belamar. It was a strange journey as the bus first did a 25 minute circuit of surrounding hills before returning to where it began and then setting off once more for the caves.

The caves were impressive but the visit was spoilt for me by some English tourists trying hard to conform to a Brits abroad stereotype. Unfortunately the guide was a bit of a joker and this played to his strength so I resigned to being the somewhat grumpy member of the party. Afterwards there was the choice of a local and tourist restaurant and choosing the one with local money I dined well and incredibly cheaply with a starter of chicharones which are kind of giant pork scratchings but not as good here as they are in Peru.

I sort of wasted the rest of the day - I found a recommended bar that I intended to visit but rain and tiredness enfeebled me and I slept some 11 hours! 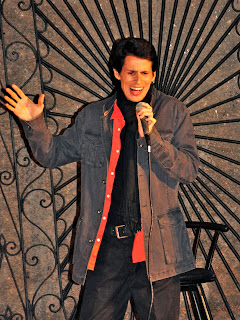 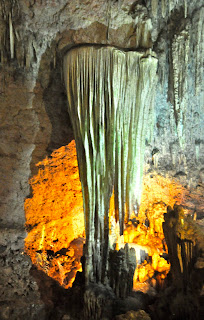