Leaving Havana I took a bus a little more than 100km west to the Town of Viñales in the green and fertile valley of the same name. Once we had left Havana the main highway was quiet and we made good time. I was met by La China so called because her father is Chinese and she somewhat inherited his features. She shouted for me loudly for fear of losing my trade to other Casa owners.  She seems nice if a little pushy.

As we arrived it felt very cold - it has dampened my spirits somewhat but the locals were flabbergasted at the weather and every second person I met commented how cold it was. Having missed breakfast I walked 2km to a hotel with a view and had a sandwich. The valley is surrounded by hump shaped mountains - these are the remains of a high plateau left behind when the valley was formed by the collapse of the land when underground rivers weakened it.

Later I found a short walk to some local caves passing fields of tobacco and pineapple plants  At the caves I chatted with some young local rock climbers before returning for a home made dinner of shell fish and rice.

The next day I found a nice circular walk which passed through the valley under the first warming sun for the last 3 days. In the afternoon I mainly hung around the town's centre enjoying a cold beer and plucking up courage to take part in an individual salsa lesson under the scrutiny of the passing public. 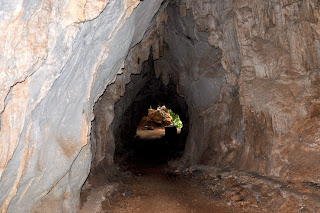 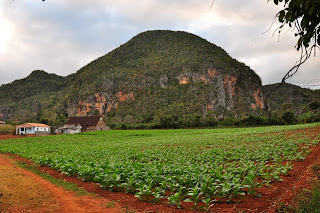 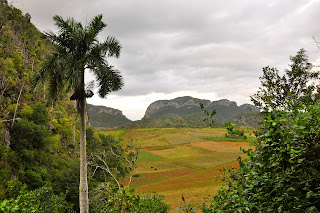 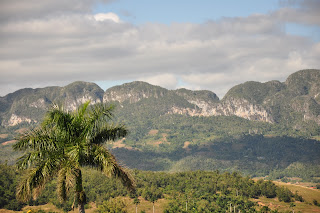 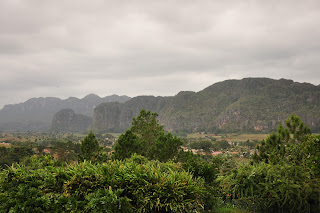 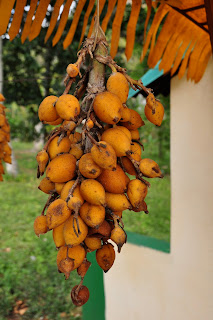