Victimised by crime not me 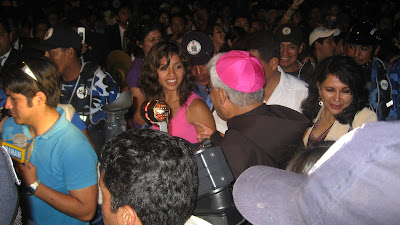 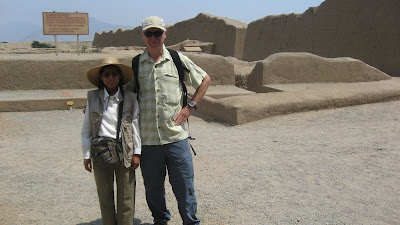 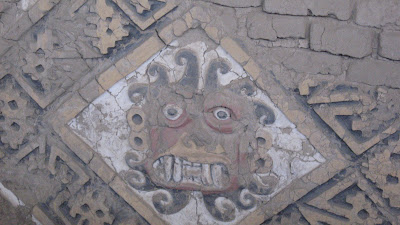 It is both sad and ironic that I had my Nokia N810 was stolen during the scrum to see the priest and celebrate the procession of the 3 kings who brought gifts to baby Jesus. I had in fact watched a foul movie called Three Kings with George Clooney on the bus to Trujillo. It was about the liberation of Kuwait and was supposed to be somewhat comic but I recommend you not to see it. Possibly it was prophetic of my later troubles. I believe I have identified the exact moment of my loss – you can see the priest being chatted up by a pretty girl – another irony?

Insofar as crimes can be victimless I wasn't too bothered by the loss as I have been coveting some other stuff and will cash-in my insurance; but yes I was careless but that said the thief is to blame for his or her crime and I must move on from it.

Traveling to Trujillo I chatted with Jill from NY state, a park ranger and cyclist. She told me how to avoid confrontation with different species of bear so Paddington had better watch out! The road took us in turns through desert and fertile valleys whith much agriculture. I was forever dissuaded of the idea of cycling the Pan Americana which seemed to me both relentless and dangerous.

The next day I booked a driver and we went to some pre-hispanic sites of Huaca de la Luna and Chan Chan. These were at opposite ends of town so couldn't be reached without a driver, costing 100 Nuevo Soles – I have now used all my cheap Soles and the exchange is 4.3 = 1 pound, so about 23 pounds. I also spent 50 Soles on entrances and guides so altogether about 36 pounds but great value.

Huaca de la Luna is the larger and more restored of 2 monuments, the other being Huaca del sol. These belonged to the Moche people and there are fine buildings and an entrance that is magnificent in its scale and ornamentation – it is sad to think that the Conquistadores plundered this beautiful civilisation. There is a good website here and I will add some pics to my Flikr site for which there is a link at the side.

The other place I visited was Chan Chan, the scale of this is phenomenal and and I spent an hour and a half with my diminutive guide, Gisella. You can see more of this at the same website.

Well, this evening I head overnight for Piura where I will stay for at least a month, My friend there Ana says it is a splendid 33 degrees. I am a bit unsure about my accommodation and internet access, but hopefully all will be well. Thanks for the comments and please do leave more on the blog as it encourages me to know that it is being read.
Posted by malarkey at 15:51

Sounds like your having fun out there, despite being distracted by the pretty girl and the pen & ink nicking ur phone! Cheers Colin