Cajabamba party and Jesus by bike

After a reasonably full few days I have elected for one of relative calm, apart from the possibility of a Spanish lesson this afternoon. 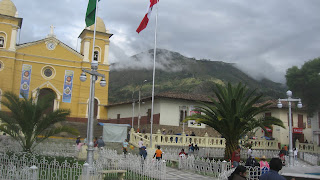 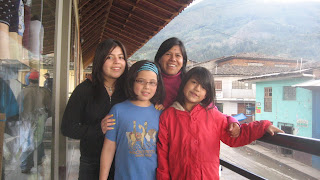 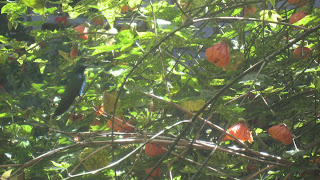 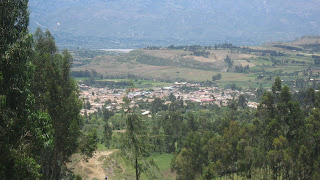 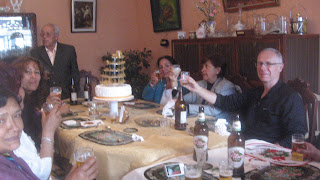 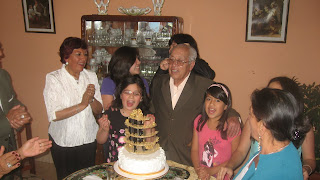 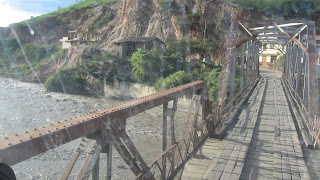 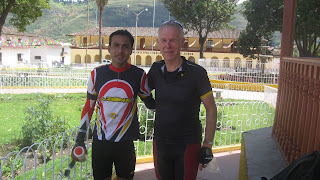 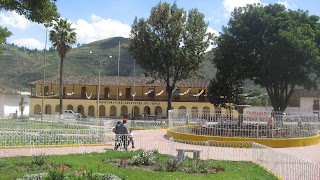 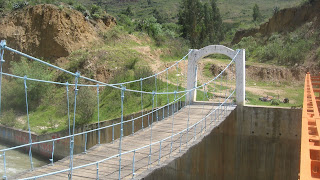 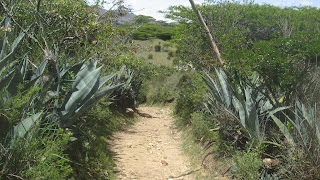 On Sunday we delivered our 2 young house guests Astrid and Christy to their parent who were in Cajabamba for Angel's, the children's grandfather's 75th birthday. (more of this later). This has freed up the larger guest bedroom with the ensuite bathroom, so I am relaxing quietly and enjoying a slow start to the day. Actually my bed just collapsed owing to some rather skimpy fittings and is currently under repair! That aside, I have been very happy here and have helped Vicky market her homestay by creating a website. There is a link to it here at the side of the blog and you can become a member of a small group who have been or plan to be guests.

Last evening, in Ballas Cafe (see below) I met Milli who I had befriended some months earlier in my internet search for contacts in Cajamarca. She is a 23 year old law student, who unusually for Peruvians has traveled a bit on a volunteer exchange in Canada. We chatted happily over great £3 Margaritas while I disproved the the theories about meeting older men on the internet. She was very pleasant and I think I have been invited to a large family party on Sunday. After this I went to the town square to watch the 155th anniversary celebrations. The plaza was completely full and there was a band, fireworks and a giant display screen – all very festive but after a while too crowded for my liking so I slipped away and walked the 45 minutes back to my house.

Cajabamba is a medium sized town sitting on a ledge overlooking a valley that is endowed with many farms and smallholdings. It is at about 2,600 metres so slightly warmer than Cajamarca with a pretty plaza and great market. The journey there takes in some splendid views of the surrounding mountains and the bus has to negotiate a couple of shallow river crossings.

Cajabambinos appear highly proud of their 'tierra' and the ensuing birthday party demonstrated a close knit community and a love of fiesta. We began with pisco sours and lunch was accompanied with wine and then beer and more pisco and dancing. I stayed the course for about 7 hours and then left them to it! The next day we had a gentle walk around the surrounding district and enjoyed soft drinks and a view of the surrounding countryside, returning to cajamarca at dusk.

Yesterday I opted for another cycle ride with Richard. We went to Jesus, about 20km away, without too much climbing. Its recent fiesta was marred by the death of 4 young people driving back after an evening's celebrations. Richard showed me the curve in the dirt road where the car came adrift, dropping down into a culvert and hitting what remained of a disused concrete bridge. There are now painted steel bollards and some signs but clearly too late for these young people.

We opted to follow some singe track paths in order to vary the passage above a swollen river. Unfortunately the paths petered out and eventually we descended to the river via a stream and through some dense woodland. On reaching the river, and realizing we needed to cross it or climb back up the stream we spent a frustrating half an hour looking for the least fast running stretch. Eventually, by hopping from one island of stones to the other we made the crossing without being washed away!

Ballas Cafe is the only bar that I have found offering a very chilled experience. Its owner speaks good English and plays mostly cool tracks offering some Mexican snacks, more than passable coffee and great cocktails. It is usually quiet and best of all has the most reliable wifi signal I have found. It is on the corner of Belen and Junin.
Posted by malarkey at 17:03

Nice photos Alan! I'll drive some visitors your way soon in the form of Featured posts.